In a shocking announcement, Google said it decided to gradually phase out support for Chrome apps on every platform except Chrome OS.

Google has peddled its Chrome browser for desktop computing on all operating systems widely used. But that is going to change. The search giant said in a blog post Friday that it will be phasing out support for the browser’s applications for Windows, Mac and Linux machines. 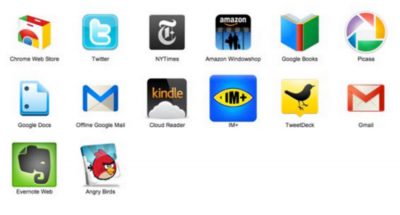 By the second half of 2017, the Chrome Web Store shall no longer display Chrome apps for those operating systems, and by early in the year 2018, users won’t be able to load Chrome apps anymore.

Noticeably, this change shall only affect applications. So the good news is that extensions and themes will continue to work as they should and will actually be given more focus on the Chrome Web Store.

Experts are of the hope that the timeline will hopefully let application developers come up with alternatives for their programs before the 2018 shutdown.

However, when asked for a reason for such a decision, Google responded, “For a while there were certain experiences the web couldn’t provide, such as working offline, sending notifications, and connecting to hardware. We launched Chrome apps three years ago to bridge this gap.”

“Such an application is no longer needed of late, as very few people actually use Chrome applications these days. Hence the decision to not support Windows, Linux or Mac,” Google shared in an official statement to media.

Google Chrome’s browser has supported the Windows, Mac and Linux platforms since the year 2013. However, the need of the hour is that Chrome browser be further simplified, said a source close to the search giant.

While some users might be worried by the change, it doesn’t seem like Chrome will lose much of its current functionality. In the long run, during the course of shutting down, Chrome application users will easily be able to adjust their workflows.