Huawei might not be the easiest name to pronounce, but the Chinese smartphone maker will give you a good reason to at least try. And its new G9 Plus should be reason enough. Now what’s special about the Huawei G9 Plus you say? Snapdragon 625 SoC Octa-core @2Ghz, Adreno 506, 5.5 inch FHD in-cell display with a 2.5D curved arc, 2 variants – 3GB RAM/32GB ROM & 4GB RAM/64GB ROM, expandable storage – up to 128GB, 3340mAh battery, 16 MP rear camera, 8 MP Front, Android Marshmallow and Rear Fingerprint sensor, to name a few. 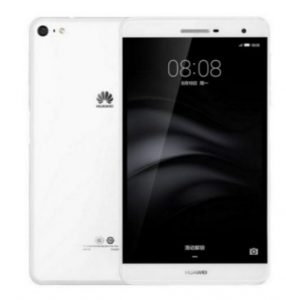 Huawei has announced the launch of its new smartphone, G9 Plus in China

Suffice to say, the Nexus 6P put Huawei officially on the map, with its great build, smooth performance and that quality-inspiring ‘Nexus’ branding. Although you could call this a mid-range offering, the specs are anything but. This bad boy can churn out 4K recording without a sweat. Optical Image Stabilization? No worries, it’s got you covered along with a special phase detect Auto-focus. Of course, because it’s Huawei, you’ll have to make do with its proprietary skin – Emotion UI 4.1.

The Snapdragon 625 powering the phone has Qualcomm’s special battery efficiency technology that boosts your battery life. And considering the phone comes with a 3340mAh battery, your juice won’t run out. Expect the price range to be anywhere upwards of INR 24,200.

For now, it’s only been released in China. So expect it in the Indian market any time within the next few weeks. Phones like the G9 Plus are why companies like OnePlus have decided to remove their exclusive invite-only offers and have made their phones a lot easier to buy.

Now if only the user manual came with a pronunciation guide.