Samsung Galaxy S7 is the much awaited cellular device that is rumored to supersede its biggest rivalry, the iPhone 6 and perhaps even the iPhone 7. 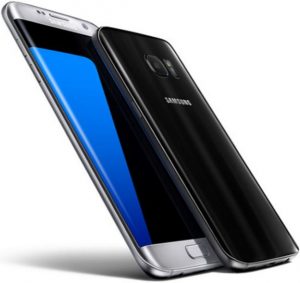 The Samsung S7 boasts of many features that weigh in its favor. Among the features that separate it from the rest of the flock is the protection against unexpected splashes, the long battery life in comparison to that of the iPhone 6 and the bigger HD screen.

Operating System:
The out of the box Operating System for Samsung S7 is Android 6.0 Marshmallow. However, it should be mentioned that within three months Samsung intends to roll out Android 7.0 Nougat to all S7 devices.

Display:
This is one of the features that set the Samsung S7 apart. It has a 5.7 inch 2560×1440 (514 PPI) screen. Furthermore, this screen has a super AMOLED, meaning that the pixels are able to activate at a much higher rate leading to faster user interaction recognition. Also, Gorilla Glass has been incorporated.

Processor:
This phone has two different versions for its processor. For US citizens the Samsung S7 is equipped with Quad-Core Snapdragon 820. For the rest of the world (international) the processor is the company’s home built Octa-Core Exynos.

Internal Storage:
The Samsung S7 is equipped with a 32 GB internal storage space. However, with an SD card, this is expandable up to 2 TB.